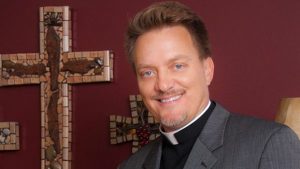 In this age of gender confusion, God delares His pronouns are He/Him. A Lutheran theologian (Dr. Jason D. Lane of Concordia) wrote recently: “The confession that God is Father and has eternally begotten His only Son, our Lord Jesus Christ, has been criticized by feminist theologians as patriarchal and oppressive toward women because it uses masculine pronouns….. They claim that traditional Christianity, influenced and shaped by patriarchal societies, is fundamentally flawed because it favors maleness and perpetuates sexism and the oppression of women….How might Christians today respond to the charge that referring to God with masculine pronouns is sexist or even idolatrous?” Dr. Lane’s essay was promoted recently by