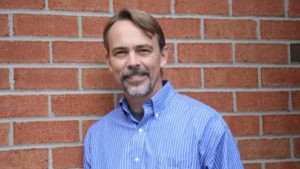 We’ve seen recently an unprecedented number of attacks against crisis pregnancy centers, after the Supreme Court overturned “Roe v. Wade” the 1973 pro-abortion decision (and even before the decision, after it was prematurely leaked to the media). One of those centers attacked was one in Buffalo, New York, which was firebombed. That crisis pregnancy center is a part of a ministry called Compass Care, whose president is Jim Harden. Jim Harden joins Jerry Newcombe to discuss these attacks against the pro-life movement. Note: Harden was an unlikely candidate to help such pro-life centers: “I was born in the hospital my father ran, to a mother who was a Planned Parenthood volunteer, with an abortion-causing contraceptive device wrapped around my wrist, at the very hands of a doctor who would later become a notorious, outspoken, abortionist—Nevil Sender. I only learned this after the Lord called me out of a pastoral role and into CompassCare in 2001.” www.compasscare.info