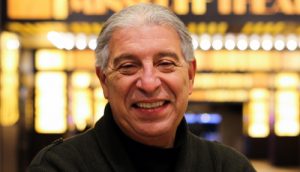 Topic: From Atheism to Christianity.

America’s founders said our rights come from God. And yet many of the intellectual elites in the West (including in America) in the last century or so have abandoned belief in the Creator. One of these atheists ended up rethinking his position, becoming a Christian, and perhaps the single greatest Christian writer of the 20th century—C. S. Lewis. And recently acclaimed actor Max McLean, playing the older C. S. Lewis, has brought this story into a great movie, “The Most Reluctant Convert: The Untold Story of C.S. Lewis.” When the movie came out a couple of years ago, we got to speak with Max, and here’s a link to that discussion. We also wrote about it. Now the movie is going to become even more accessible through streaming. Max McLean, the genius and main actor in the movie, joins Jerry Newcombe on Vocal Point to discuss this great story and great movie. www.cslewismovie.com