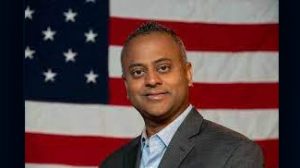 Is wokeness impacting even how we treat medical diseases? Monkeypox is a disease that has garnered headlines recently. So far it seems to be associated with “polyamorous [many partners] homosexual activity.” Yet the Bide administration has declared it a health crisis—implying that this is something that could all of us, regardless of behavior. Meanwhile, there are some “woke” officials, including even the Director General of the World Health Organization (WHO), who think the name should be changed because of it supposedly being racist. Rik Mehta is a former FDA official, current, who serves as a Georgetown University Health Law Professor. He’s also a former Republican nominee for the US Senate. Mehta notes, “Monkeys live on multiple continents, not just Africa, and those who assume they will be associated with black people are extremely ignorant. This has nothing to do with the color of anyone’s skin.” Rik Mehta joins Jerry Newcombe on Vocal Point to discuss monkeypox. www.rikmehta.com