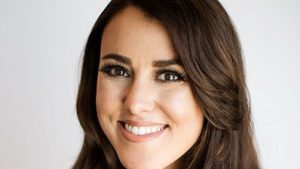 The Texas Heartbeat Act (SP8) went into effect September 1. And the left has become apoplectic against this new law to help curb the number of abortions in the lone-star state. The Biden Administration is having the Department of Justice go after the law to effectively shut it down, by invoking the “FACE Act.” Pro-life leader Chelsey Youman responds: “If violating the FACE Act is all the DOJ has come up with to block the Texas Heartbeat Act, that’s good news! SB 8 is a peaceful and Constitutional law that uses civil lawsuits to protect innocent children from death by abortion. The FACE Act, which prohibits physical force or threats to keep women from entering abortion clinics, does not apply in this context.” Chelsey Youman works with the Human Coalition Action group, which is the “public policy arm” of Human Coalition, which is described as “the largest pro-life organization in the nation operating a national rescue system for preborn children and their families.” Youman is the Texas State Director and the National Legislative Advisor for Human Coalition Action. Chelsey Youman joins Jerry Newcombe on Vocal Point to discuss this controversy. www.hucoaction.org